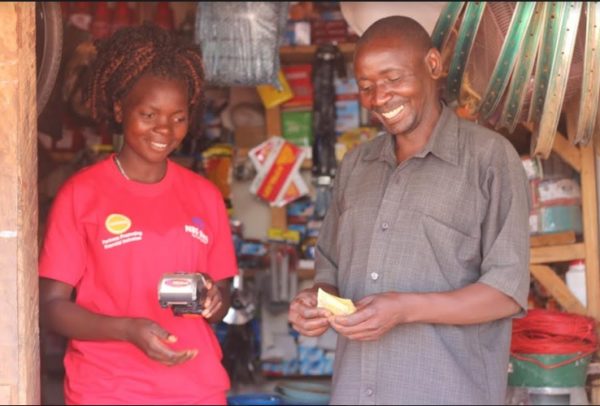 In an effort to offer banking services to rural areas, New Building Society (NBS) Bank Limited has boosted its customer base by 20 000 between January and May, 2020.

“We have registered 116 Bank Pafupi Agents and opened close to 20, 000 accounts between January and May only through agency banking. That’s a very big achievement,” said NBS Bank cluster manager for Mzuzu, Aaron Gumbo,Through Enhancement of Outreach of Formal Financial Services in Rural Areas Project, NBS Bank is working under Financial Access for Rural Markets, Smallholder and Enterprise (Farmse) Program to bring banking services to rural communities through Bank Pafupi Agents.

Gumbo was speaking Thursday during the program’s media tour to Chitipa and Mzimba districts.

A teacher at Kadole Primary School in Chitipa, Maclean Mgala said the establishment of a bank agent at Kapoka has helped him save over K8,000 monthly which he used to spend on transport to and from Karonga to withdraw his salary from NBS Bank.

NBS Bank Pafupi Agent at Kapoka, Happy Mamoto said she has boosted her hardware business through working with NBS Bank.

“On top of commissions which I realize from the NBS Bank transactions, the bank’s customer also buy their needs from my shop after withdrawing their money,” said Mamoto.

She added that as an agent she feels secure and safe from theft as most of the money she makes through her shop is given to the bank’s customers through withdraws.